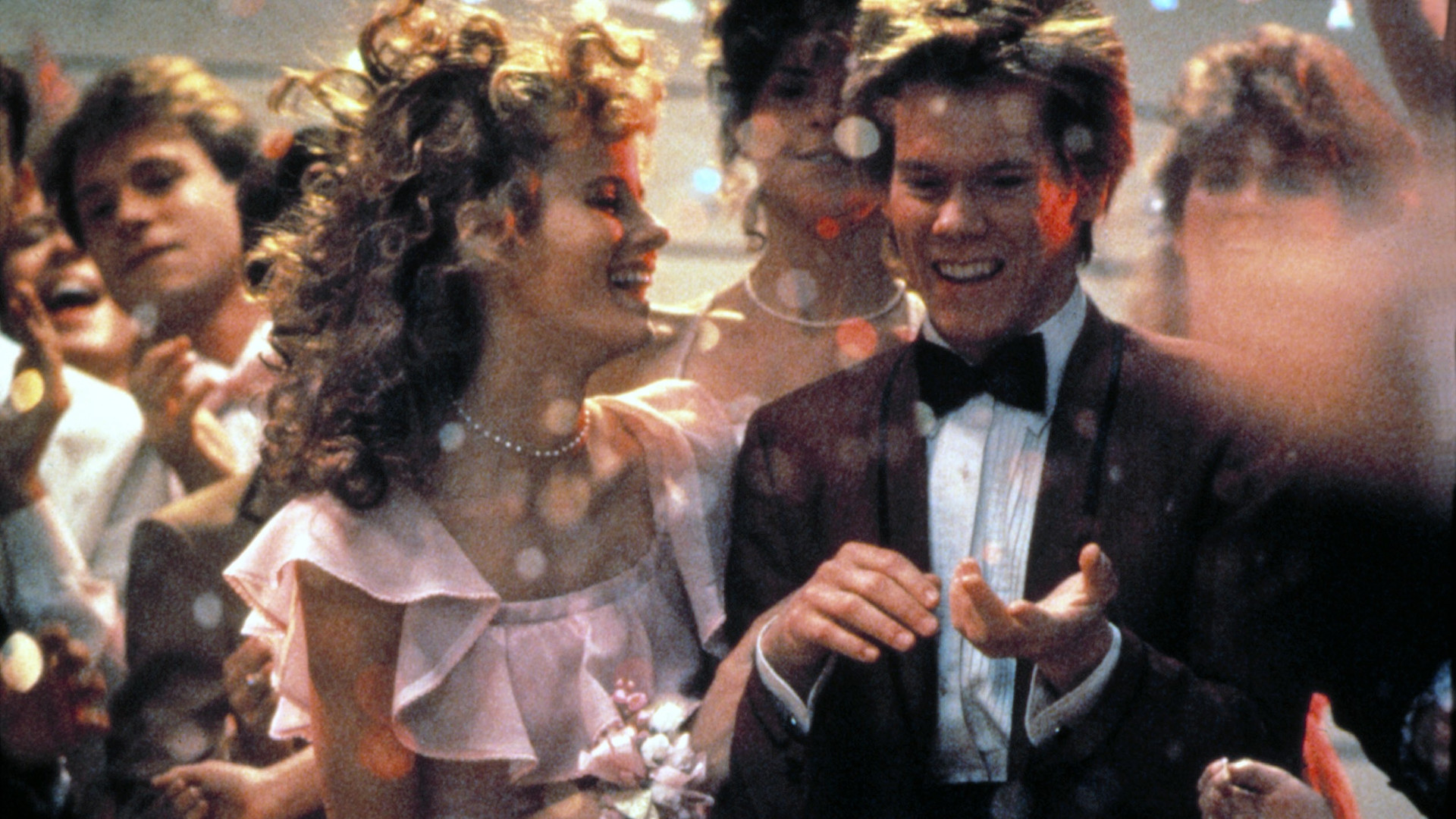 My friends over at Mockingbird Ministries have been kind enough to share this over on their blog.

Since I’ve had the pleasure of much more free time allotted to myself than usual, I’ve been filling up some of that time with movies I’ve never seen, and so, yesterday I watched Footloose for the first time. Because I don’t live under a rock, I knew the plot to some degree, and knew all the songs. Still it was totally not what I expected, and I thoroughly enjoyed it. As a huge fan of the saccharine sweet John Hughes Brat Pack films, I found Footloose to be a darker, slightly more grown up cousin to those darling, and slightly vapid, teenage films.

I especially thought John Lithgow’s character of the minister Rev. Shaw Moore was totally human and relatable. I could understand his dilemma. As a minister of the Gospel, he truly believes the act of dancing to be one that leads to sin. And *spoiler alert*, because of the tragic and untimely death of his son in a drunken car accident after a night of dancing, he has a painful and very real association to dancing. He preaches to his congregation asserting that dancing, as well as rock and roll music, are stumbling blocks that lead to very serious and grievous sins, and I can’t help but sympathize with his views.

The law of no dancing then makes sense. Rev Moore believes that if he can make dancing illegal then dancing and rock and roll music will cease in his town.

But you and I know that the law never produces what it demands. Instead of creating a safe town with no dancing and perfectly behaved teenagers, Rev Moore has brought about a strong desire in the teenagers of his town to do just that- to dance.

The depravity of the situation is abundantly clear as the Rev’s own daughter Ariel does not abide by her father’s rule of no dancing. We feel the distance growing between him and his daughter as the tension builds in the movie. Ariel, frustrated with her father at his ruling that the law for no dances be upheld, confronts her father inside the church sanctuary where he is preparing a sermon.

Infuriated with her father and the law he represents, she shouts at him “I’m no saint you know, I’m not even a virgin!”

“Don’t you talk like that in here!” Rev Moore retorts

“Why not?! Isn’t this where I’m supposed to confess my sins to my preacher? In church! I ask to be forgiven! Am I? O, forgive and deliver me!”

“You get out!” responds an angry Rev Moore

Rev Moore has begun to miss the forest for the trees. His desire to uphold the law has now become a stumbling block in his ministry to his family, and to the young people of his congregation. His confrontation with his daughter is cut short as he is brought the urgent news that a pious couple from his church have begun burning books at a local library, books which they believe to be dangerous to the minds of youth. Forcefully the Rev comes to an understanding of the law’s ability to kill (Romans 8) when he opposes this couple. In a scene very reminiscent of Jesus’ cleansing the temple Rev. Moore rebukes them, saying

“When did you decide to sit in judgement? When you’ve burned all of these [books] what are you gonna do then? Satan is not in these books, he’s in here… He’s in your hearts. Go on home, all of you. Go and sit in judgement of yourselves”

The power in this scene is twofold. First we see how the law can be used to reveal our sinful nature. By doing what they believe to be lawful, burning books, this couple has sinned by displaying animosity, hostility, and mercilessness. Second, Rev. Moore begins to see that by making dancing illegal in his town of Bomont he hasn’t eradicated all dancing from the world. Just as with the books, does he plan to make dancing illegal for the whole world?

Through this revelation Rev. Moore is brought to grips with the true power of the law: we will never be enough. In his zeal to uphold and preach the law he has completely forsaken the command to love and to have compassion upon your neighbors. His desire to uphold the law has overpowered the freedom given to us through the spirit. The law forbidding dancing does not erase the desire to do so. Sin and satan are in our hearts; since the Garden of Eden we have been living under the curse of sin.

In a tender moment towards the end of the film we see Rev. Moore explain to his daughter that he’s “running out of answers.” After years of relying upon the law to save him, and to protect his flock, he is confronted by the actuality that none of it has worked. “There is none righteous, not even one”

Rev Moore thought his answer, the law which made dancing illegal, would bring his congregation closer to God, and to one another, yet it has only revealed his, (and our) need for answers and help outside ourselves.

In a final scene, standing before his congregation Rev. Shaw says

“I’m standing before you today with a troubled heart. You see my friends, I’ve always insisted on taking responsibility for your lives. But I’m really like a first-time parent who makes mistakes and tries to learn from them. And like the parent, I find myself at that moment I have to decide, do I hold on, or do I trust you to yourselves? To let go and hope that you understood at least some of my lessons?”

I’m told the senior class has gotten the use of a warehouse in Bayson for the purpose of putting on a senior dance. Please, join me to pray to the Lord to guide them in their endeavors”

It seems to me Rev. Moore found the answer. His words remind me of the words of St. Paul to the church in Corinth:

“God has enabled us to be ministers of his new covenant. This is a covenant not of written laws, but of the Spirit. The old written covenant ends in death; but under the new covenant, the Spirit gives life.” 2 Cor 3:6

Thankfully, the answer to our problems is not found in ourselves, we find the answer through the new covenant of our faith, the promise that is fulfilled with Jesus. Through him we are given new life and are free from our poor ability to uphold the law.

As the scene in the church fades we hear Kenny Loggins singing “I’m Free” and he’s right: because of the work of Jesus on the cross we are free.

As the Bible says in the Book of Acts, chapter 13  “Therefore, my friends, I want you to know that through Jesus the forgiveness of sins is proclaimed to you. Through him everyone who believes is set free from every sin, a justification you were not able to obtain under the law of Moses.”

Well there’s nothing left for me to do but dance on outta here. 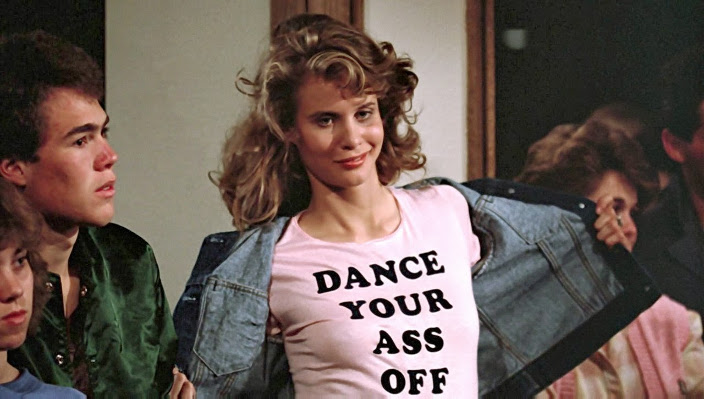